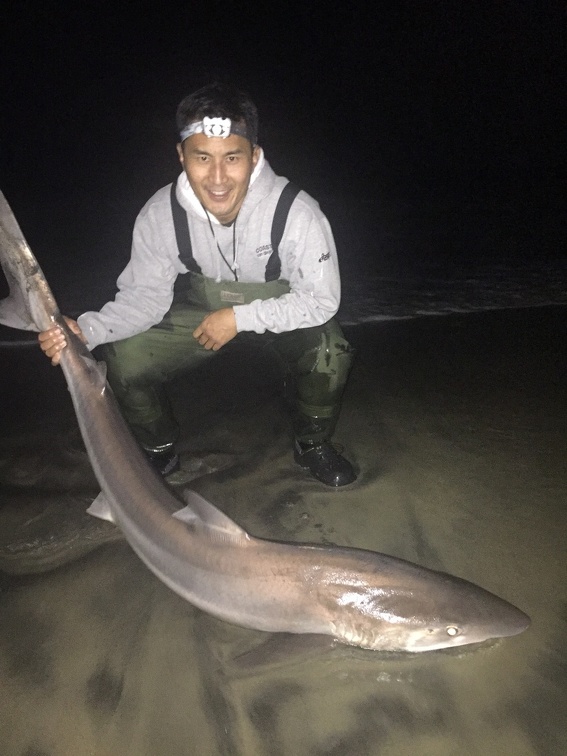 Surf Sharks…  The last time we saw some surf sharks caught on the beach was back at the end of August.  Plenty of Leopard Sharks around, but the Soupfin and Sevengill sharks have been missing… until now.  While some of us were fishing one area with no luck, a few other Prehistoric Souls fished another area and found where they were hiding.

Hopefully this is good new for a bunch of sharks showing up again, but any news is good news after that long lull.

Leopard Shark BeachPutting In the Work 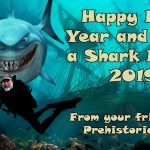 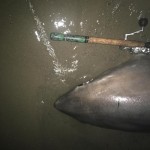 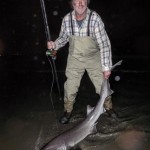